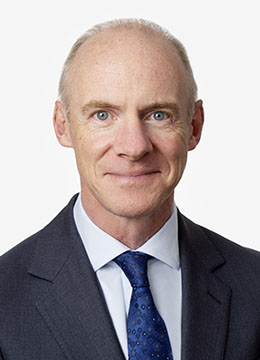 Terence Woods has established a successful practice in both prosecution and defence work and is now ranked as a Leading Junior in Crime by the Legal 500.

He is a Level 4 Prosecutor and a member of the Rape and Child Sexual Abuse List (“the Rape List”) and the CPS Serious Crime Group Panel. He undertakes publicly funded and private work and is qualified to accept instructions on a Direct Access basis.

He prosecutes and defends in the most serious cases including murder, manslaughter, firearms, rape, modern slavery and fraud. Although predominantly working in and around London he also works nationally.

Terence Woods was called to the bar in 1989 and initially combined a criminal practice with common law. He began to specialize in crime from 2000 and joined 187 Chambers soon afterwards.

He developed an extensive defence practice in London and the South East but has over time taken on an increasing amount of prosecution work such that his practise is now divided roughly 50/50 between the two.

Prosecuting and defending in cases under the Proceeds of Crime Act 2002 involving the seizure/or attempted seizure of substantial assets worth hundreds of thousands of pounds. Has dealt with cases involving equitable beneficial interests and third party claims.

Mr Woods has defended in almost every type of case in the criminal calendar including the following:

Mr Woods is a member of the “Rape List” and “Serious Crime Group” prosecuting serious cases on behalf of the CPS involving sexual offences and multiple defendants. Developed a particular expertise in the examination-in-chief and cross-examination of vulnerable witnesses (often young children but also vulnerable adults) and is an accredited Vulnerable Witness Facilitator.

Mr Woods has represented members of British Transport Police and Metropolitan Police officers on allegations of breaches of discipline and racism.

Mr Woods has also dealt with RSPCA prosecutions of multiple defendants in relation to cock fighting and puppy farming.

Inns of Court School of Law

Terence is approved to accept instructions direct from international and UK clients on a direct access basis, without the need for a solicitor intermediary in appropriate cases.