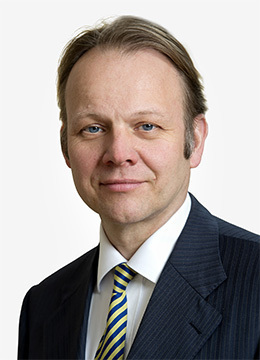 Neil is a successful criminal defence barrister called to the Bar in 1989 with expertise in a range of specialist areas foremost among them Health and Safety. With extensive experience in Coroner’s Inquests and Inquiries and Court Martials.

Neil undertakes trials around the country and abroad and is the go-to barrister for aviation, fire and rail defence. Over the last 30 years he has successfully defended in many notable trials receiving considerable acclaim for his thorough approach and skilful but determined cross examination.

The accused was indicted with possession of a firearm, he was acquitted following written submissions on the transference of DNA from either indirect contact or secondary transfer of DNA material. The indirect transfer of DNA may have arisen from the accused who was living in a tight travelling community and having no direct contact with the firearm or the wrapping in which the gun was contained may have contained the accused’s DNA and
transferred onto the firearm. The DNA results cannot of themselves determine how any matching DNA was transferred to the firearm.” Instructing Solicitor was Richard Cronin from Messrs O’keefe

R v Lawless – Cardiff Crown Court – 2021
The accused was a train guard and acquitted of endangering the lives of his passengers contrary to Section 34 of the Offences Against the Persons Act 1861 when a passenger fell onto the tracks after alighting and the train was dispatched travelling a short distance before it was appreciated a passenger was trapped between the platform and the train.
https://www.bbc.co.uk/news/uk-wales-58909772
R v Quilligan – 2021
The case of R v Quilligan at Winchester Crown Court where the defendant was part of a family gang targeting addresses and committing burglary on an almost industrial scale getting away with hundreds of thousands of pounds worth of money and property was acquitted

This was a significant Class A drugs conspiracy where the accused was videod handing over a quantity of cocaine, his defence was lack of knowledge and was acquitted.

The defendant was charged with murder where the victim had died 6 years after sustaining life changing injuries from an assault in which the accused had previously been convicted of causing grievous bodily harm and sentence to a term of imprisonment. The accused was found unfit to stand trial.

Allegations of serious sexual offences following invitations to meet through facebook. The accused was acquitted.

R- v Waqas Khan – 2015 – Luton Crown court. Neil was Leading in this case where the accused was indicted in respect of a multi – million pound Class A drug conspiracy case involving drug links with the north of England. The accused was part of a multi handed trial but acquitted after a trial lasting several months; there was a twist to the case in that during the trial the accused left his bag in the dock of the court room overnight and in the morning it was discovered that inside his bag was a tennis ball size of cocaine.  Neil successfully argued that the admission of such evidence would be so highly prejudicial during the course of his trial that it should not be admitted as evidence to support his current trial, the judge agreed and the evidence of the cocaine found in the dock mid way through his trial was excluded.

At a later date the defendant did plead guilty to the separate offence of possession with intent to supply the cocaine found in the dock of the court room and sentenced to a term of imprisonment.

The accused was charged with murder he stabbed a roadsweeper who was trying to prevent him from escaping from a burglary that he had just committed.

This was a case that involved the kidnapping of two young boys and being held over night at knife point.

This case concerned a large scale drug supply case, where the defendant had a large quantity of drugs concealed on his premises together with significant sums of cash. The defendant was acquitted on all counts.

Neil was Leading in this murder trial at Chelmsford Crown Court where the defendant stabbed his partner 17 times with a kitchen knife; the defence was provocation in that he’d lost his self control by the constant verbal abuse which berated and belittled him. The defendant was acquitted of murder and sentenced to 5 years imprisonment for the manslaughter which led to AG’s Ref 008 2011. The sentence was subsequently increased to 7 1⁄2 years.

This was a rape trial where the defendant was tried even though the Complainant had in the intervening period died of an unrelated illness. The accused was subsequently acquitted.

This case concerned an airline pilot being prosecuted for the rape of a member of cabin crew.

This was a tragic death by dangerous driving case where a fireman was prosecuted following a fatal collision in Luton whilst driving a fully equipped fire tender on his way to an emergency response.

This was a trial at the Old Bailey where the skipper of the oldest pleasure cruiser on the Thames was prosecuted for the manslaughter of a passenger that fell overboard as he disembarked as the vessel had been negligently moored. The Skipper was acquitted of manslaughter.

Neil successfully Led in this multi million pound luxury car ringing fraud. High value cars were stolen given new identities and sold on both in this country and abroad.

This was a very unusual case in that the accused had an incestuous relationship with his daughter over a 30 year period.

This was an allegation of attempted murder where the accused was banging an unconscious man’s head on the pavement threatening to kill him. The accused was heavily intoxicated and the defence of lack of intent was successful.

This was a dangerous driving case where an off duty police officer failed to observe the traffic lights against him and drove through a junction and killed a motorcyclist travelling across the junction. He was acquitted of dangerous driving.

This case concerned the transfer of a Yugoslavian made machine gun it had the capacity to penetrate solid oak 33in from a distance of 200 yards.

This was a very odd case which is illustrative of some of the unusual cases that Neil has done over the years. He represented a funeral Director at Norwich Crown Court accused of burying bodies he should have cremated and cremating bodies he should have buried. In addition he was accused of stealing jewellery off of the corpses in his care. He was acquitted on all counts.

A prosecution by the Medical Health Regulatory Agency in a conspiracy to supply prescription only medication over the internet, that was imported from abroad and distributed worldwide. The defendant was acquitted following a three month trial.

A VAT British Gas fraud which involved selling gas to other companies and it was alleged that the VAT wasn’t forwarded onto the HMRC. The accused was acquitted.

This was a multi handed 80 million pound money laundering trial that lasted over 6 months. The defendant that Neil represented was acquitted.

This was an allegation of grievous bodily harm with intent. It was alleged that the accused had cut up another soldier with an 8″ knife. There were 60 knife wounds across the other soldiers torso, back and legs. The defence was one of self infliction, which seemed a little difficult to prove at first due to the wounds in the small of the back but due to their nature and grouping they had the hall mark of being self inflicted. The Soldier was acquitted.

This was a court martial conducted in Belize in Central America. Neil was Leading in this trial which concerned the murder of a young Belizian boy outside a nightclub. The soldier Neil was representing was acquitted and returned to his regiment.

This was a HSE prosecution following the tragic death of a concrete gang layer where a hose attached to a concrete pump lorry suffered a blockage and then released which resulted in a violent sudden release of high pressure air causing the rubber hose attached to the metal boom to whip and cause the death of the concrete layer holding the end of the hose. The defendant and his Co were acquitted of all Health and Safety allegations.

The was a HSE prosecution where the accused was a train guard and prosecution for allowing the doors to close on a passenger resulting in the passenger falling down the gap in the platform and onto the railway track and sustaining serious injuries. The accused was acquitted.

This was an HSE prosecution involving a track worker being killed by a train and the allegation against the defendant is that as the supervisor he failed to take all the necessary precautions in the supervision of his team. The defendant was found not guilty.

This was a health and Safety at work prosecution of a carer who was prosecuted for the death of a patient in their care.

Neil was Leading in this manslaughter trial that involved an Incident Fire Fighter Commander being prosecuted for health and safety failings which resulted in four fireman tragically losing their lives trying to put out a blazing warehouse in Warwickshire. This was a complex prosecution and the first of its kind where fireman had been tried for the manslaughter of other firemen in the line of duty. Neil’s client was acquitted on all counts.

This was an inquest in Kendall following the derailment of a Virgin train. The entire train comprising 8 carriages came off the tracks in Cumbria as a result of points failure sadly resulting in the death of a passenger.

The accused was a special effects supervisor who had recently received an Oscar and the BAFTA together with the Visual Effects Award for 2011 for the film Inception. He was prosecuted by the HSE when a tragedy occurred in the filming of the Batman film “Dark Knights” when a special effects technician died whilst filming a proposed stunt of the Batmobile being “cannoned” and then flipped.

A haulage company was prosecuted when one of their driver’s fell asleep at the wheel. His articulated lorry triggered a terrible accident causing the death of another motorist travelling in the opposite direction on the M25. Neil was representing one of the financial directors of the company who was acquitted.

Neil Fitzgibbon is approved to accept instructions direct from international and UK clients on a direct access basis, without the need for a solicitor intermediary in appropriate cases.