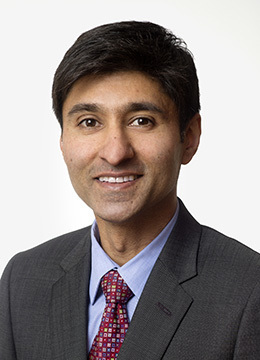 Formerly Senior Lecturer in Criminal Law & Land Law (1995 to 2002 at the University of West London).

R v RPAA (Oct 2021)
RP was alleged to have organised the passage of asylum seekers from Calais to Dover on boats across the English Channel during summer 2020. The defence case was that she was not involved and that she was in fact herself a vulnerable asylum seeker fleeing religious persecution in Iran. There was extensive WhatsApp evidence in the form of messages and voice notes which heavily implicated RP. The defence used material from her phone to paint a picture of her life as a refugee fleeing persecution from Iran who faced serious sexual violence during her passage to the UK. Acquitted.

R v JG (Sept 2021)
Care-worker ill-treat vulnerable person, D was charged with a more experienced colleague of rough handling of a 100-year old care home resident who had a shoulder injury. The defence relied on care home cctv footage. Defence: not informed of injury, handling was not rough.

The prosecution expert reached highly damaging conclusions about the defendants’ handling of the resident. Her testimony was challenged and undermined in cross examination. Acquitted.

At the end of the 5 day retrial on 02.07.21, the jury returned a verdict of Not Guilty of rape. The Crown had relied on WhatsApp messages in which DS told the complainant that he knew that she “said no a million times, but (he) genuinely thought she was playing hard to get”. In the messages he also told her not to go to the police as he would be sent back to prison to serve the remainder of his 8 year 6 month sentence.

R v ZM (March 2021)
ZM was tried for possession with intent to supply heroin, cocaine and cannabis with 3 others. He was alleged to hae drive from Acton, London to Crawley and then the Brighton area in order to sell class A and B drugs. The Crown relied on WhatsApp messages, a care hire agreement and hotel bookings in ZM’s name and observation evidence.

ZM’s defence was that he was scouting out new locations in order to film for videos for his songs as a recording artist in “drill” music. The jury returned unanimous verdicts of Not Guilty.

murder, joint enterprise, issue: whether D intended to cause GBH by stabbing man with screwdriver 11 times, causation of death and possible novus actus interveniens by victim neglecting himself by not following medical advice & taking medication (died 15 days after attack and 8 days after release from hospital and failure to take medicines).

R v MB (March 2020)
D, a taxi driver charged with sexual assault x 2. He had picked up three friends from a taxi rank. V sat in the front, other 2 in back. Alleged that D groped V’s breast and then stroked her leg as one of the passengers was alighting from the back.

D’s defence – he may have inadvertently touched V’s breast when he turned back to take money and at the same time V was turning back to say goodbye to her friend so she and D were momentarily face to face – contact occurred then as he brushed her. She was wearing a very skimpy top such that even accidental contact could result in ‘skin on skin’ contact.

R v BK (Feb 2020)
Conspiracy to money launder. D, 15 years old at the time of the alleged offending picked up parcels of money from old people. Crown alleged that he knew that they had been defrauded by telephone. BK’s defence, he did not know of the fraud, asked by a friend to pick up parcels for extra cash. Acquitted of 4 of out of 6 of the counts.

GP records of her dysuria at age 16, social services records of her breakdown at age 18, social services records for her aged 8 when he would come into her bedroom at night to talk about his marital problems to his step-daughter (admitted). Defence: sexual incidents did not happen & V is angry and upset at KM because he got involved in the reunion of victim and biological dad and ended up sabotaging that new relationship.

Complex fraud involving dissipation of criminal money through 20 plus bank accounts. D was alleged, along with his two sisters and niece, to have accepted £750,000 over 6 years into his various bank accounts and then withdrawn it and/or transferred the money to numerous other bank accounts. 178,000 pages of served evidence.

Crown’s case: HTN was the organiser of the enterprise, that she liaised with contacts in China, Thailand, Russia, Greece, France to smuggle people into the UK and then use them in the cannabis cultivation trade. WhatsApp messages contained copies of ID cards from each person to be smuggled which she would send to agents at each stage of the journey. The agent would check the ID before letting a person onto the lorry, boat, vessel – ie those with ID will have had their journey paid for. The final leg of the journey was the English Channel from Northern France.

Money laundering £130,000, 6 defendants. £130K was half the proceeds of a fraudulent house sale. Y falsely claimed to own a house, which was sold to X. X paid £260K to a bank account. X then discovered that the seller did not have title and X had paid the money to a fraudster.

SR agreed to accept £130K (out of the £260K) into a bank account on behalf of a Mr H, a friend. SR used the bank account of a friend, ZAIDI, to receive the £130K. He then dissipated the £130K to accounts directed by H. £3K of that money was paid by SR into his own bank account and then from there to a friend A.

SR was indicted only for transferring £3K to A’s account.

SR’s defence was that he did not know that the £3K was fraudulent money.

SR insisted that a DCS be served setting out his full involvement in taking the entire £130K and having control of Z’s account, though he acted innocently at all times.

MA, baggage handler at Terminal 5 Heathrow Airport, charged with conspiracy to import heroin. Drugs would be brought into the UK in baggage from Brazil. At Heathrow, MA was alleged to have diverted the relevant drug baggage from the International Baggage belt to the Domestic Baggage belt.

Key evidence included CCTV of MA driving baggage tugs; payroll records of him clocking in on days off to retrieve bags; WhatsApp messages relating to the arrests of others.

External Examiner, Bar Standards Board on the BPTC (since 2013)

Muslims, Ethnicity & the Law(2000) 4 International Journal of Discrimination and the Law 369

Kuljeet is approved to accept instructions direct from international and UK clients on a direct access basis, without the need for a solicitor intermediary in appropriate cases.