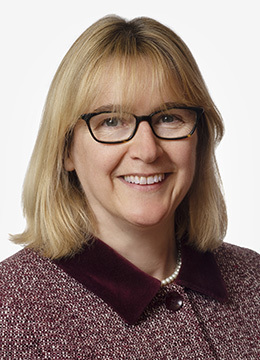 Kate has practised criminal law for over twenty-five years. She has an extensive practice in all areas of heavyweight crime particularly but not exclusively serious sexual offences. She has a reputation as a forthright and fearless advocate and is frequently successful defending and prosecuting those charged with the most serious and unpleasant offences. She is frequently asked to defend in the gravest of matters where the facts are unpalatable or bizarre.

Kate defends and prosecutes equally.  She is a grade four prosecutor and welcomes instructions from CPS areas who value working as a team with counsel.

She can effectively and sensitively cross-examine young witnesses or those with mental health issues or other vulnerabilities.

Kate is very experienced in representing those charged with all manner of sexual and violent offences of the highest magnitude including rape and historic child abuse matters.  She is an official advocacy trainer in cases involving vulnerable witnesses and has an excellent working knowledge of attendant legal, medical and forensic expertise.

She has been involved in various cases involving deaths of children and has examined experts and pathologists in this field.

Kate is often instructed as a leading junior but will still from time to time be led by Queen’s Counsel.

She is also instructed to represent soldiers facing Courts Martial.

R v G – Successfully defended allegation of rape of children of several families over four decades. Voluminous material collated for the defence.  Abuse of process issues and questions of character and unfavourable publicity. Defendant acquitted on most counts at first trial, further counts then stayed for abuse, acquitted on all other charges at retrial. Attempts by Crown to join other allegations between trial and retrial successfully resisted.

R v N – Defending in allegation of “baby shaking” murder involving numerous experts on both sides.  Novel law issues on the admissibility of previous allegations made against defence experts and complaints made by NPIA against them between trial and retrial. Defendant acquitted.

R v B and R v V – Large scale drug importations with issues of Customs and Excise acting male fides and failing to disclose.  Defendants acquitted in both cases.

Alleged rape by officer in army accommodation in Cyprus. Acquitted – Defended in multi-handed allegation of bullying and sexual assault by soldiers.   Defendants all acquitted.

Legal adviser/trustee/committee memberto/ of various architectural preservation and educational charities including the Victorian Society and the British Archaeological Association.

Kate Davey is approved to accept instructions direct from international and UK clients on a direct access basis, without the need for a solicitor intermediary in appropriate cases.