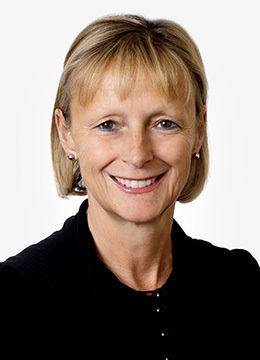 Since her call in 1978 Diana has practiced entirely at the Criminal Bar. She prosecutes and defends. She has considerable experience in dealing with cases involving violence, drugs, grave sexual offences and those involving children.

Diana has been a Leading Junior in a number of cases, particularly those involving sexual complaints. She is a Grade 3 prosecutor and is on the Rape List Panel. She has lectured defence solicitors on how to be successful in cases involving sexual offences. She also sits as a DDJ in the Magistrates Court.

Diana has developed a specialist expertise in dealing with young and vulnerable defendants. Solicitors praise her patience and her ability to explain the law and facts in a way that defendants can understand.  Her main field of work involves serious sexual allegations (including rape and historical complaints).  Diana is often the first choice for someone charged with an offence of a sexual nature. Solicitors like her hands on approach, the fact that she works hard and to deadlines and is familiar with the complexities of the law. Defendants praise her ability to fairly put forward their case and explain issues. She has often been praised by the Court for conducting cross examination of vulnerable witnesses in a sensitive manner.

She is frequently instructed to represent those charged with non accidental injuries to children and has done a number of ‘baby shaking ‘cases. She has extensive expertise in cross examining co defendants in ‘cut throat’ defences and in dealing with expert evidence from the medical profession.

She was also involved in the case of R v C (sexual activity with a person with a mental disorder impeding choice). This case involved the cross examination of a number of psychiatrists. An appeal to the Court of Appeal was successful. The Crown then appealed to the House of Lords. It is still the leading authority.

Diana’s particular expertise is in dealing with cases involving sexual complaints. She prosecutes and defends. She has developed a particular expertise in dealing with young and vulnerable defendants. She has considerable patience and can explain law and facts in a way that a defendant can understand. She also represents defendants who are professionals in their field and who face grave consequences if convicted.

R v J – D charged with rape/sexual assault on three complainants. Law re cross admissibility fully researched and argued. Capacity to consent as all three complainants had been drinking was a key feature in the case.

R v W – D aged 19. Suffering from mental health problems. Allegation that he had raped and sexually assaulted a boy aged 11. Satisfactory pleas on a basis were agreed after numerous hearings which considerably reduced sentence.

R v LS – D charged with penetrative sexual activity of a child. Complainant very vulnerable and a considerable amount of preparation was required to ensure that the most favourable answers were given. D was very volatile and needed careful handling so that his case could be presented in the best way.

R v P – D charged with blackmail. Diana had acted for him on a previous occasion when charged with rape. It was alleged that he had threatened and blackmailed the partner of his mother.

R v Y – D charged with assault by penetration of a child aged 3. Questions to be asked in cross examination drafted in advance and approved by the Judge

R v C – Sexual activity with a person with a mental disorder impeding choice. This case involved the cross examination of a number of psychiatrists. An appeal to the Court of Appeal was successful. The Crown appealed to the House of Lords. It is still the leading authority.

Member of the South Eastern Circuit

Member of the CBA

Diana Pigot is approved to accept instructions direct from international and UK clients on a direct access basis, without the need for a solicitor intermediary in appropriate cases.