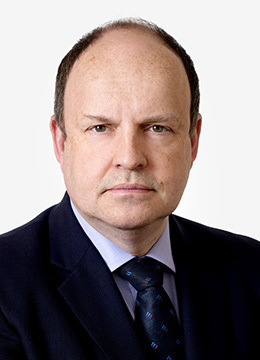 David Lyons was called to the Bar by Middle Temple in 1987.

He is a specialist criminal barrister.

His practice covers the entire range of courts, alone and as a led and leading junior.

He appears in Courts-Martial both in the UK and overseas.

He also appears in disciplinary and regulatory tribunals of all types.

Mr Lyons also has experience of Coroners inquests, acting for the deceased’s family, employers, persons allegedly causing the death and other parties

He acts for the Appellants in appeals against the refusal and/or revocation of shotgun and firearms certificates.

In addition to his work in London and the South-East he has is happy to travel to any part of the UK or overseas for the right case.

David Lyons also provides advice on appeal against sentence and conviction in cases where he did not appear in the original trial including historical cases.

R v M – Canterbury – Mr Lyons secured the acquittal of the Defendant on charges of possession of class “A” drugs with intent to supply in a case that turned on DNA analysis and breaches by the Police of the CPIA codes.

R v RS – Woolwich – Mr Lyons secured the release of a defendant on bail failing disclosure failures by the CPS preventing a domestic violence trial going ahead, leading to a potential breach of the CTL

R v A – Winchester – Secured acquittal after a jury retirement of less than an hour in a county lines case of a man found alone in a cuckooed flat, with large amounts of drugs and money whilst the drug line phone was in his pocket.

R v K – Woolwich – Successful defence in a nine handed gang-land kidnapping case.  The complainant was found tied up half naked in the Defendant’s bath, the defence was that the whole kidnap had been faked to scam the complainant’s family.

R v JD – Secured the acquittal of a professional boxer after a five week trial on charges of conspiracy to produce and distribute class “A” drugs and money laundering after the police wrongfully seized the proceeds of a charity boxing match as drugs money.

R v B & B – Defended married couple prosecuted for contempt after failing to attend as witnesses in a GBH trial in which they were the victims. Husband received short custodial sentence and wife was fined.

R v R – Operation Barlow I where he acted for the alleged ringleader and one other in the (then) largest ever VAT / duty evasion prosecuted by Customs at over £300m, both were acquitted.

R v D– Juvenile alleged to have killed two motorists by moving a road sign, case dismissed at the close of the prosecution case.

R v S – Ex post facto appeal based on the effects of Prozac on a teacher of good character charged with attempting to murder his neighbor, sentence reduced to allow for immediate release.

R v O – Attempted murder / robbery case appeal based on juror who repeatedly used her telephone while in the jury box at the Old Bailey.

R v G – Unreported, at least in the law reports, he acted for a Bank manager who stole over two million pounds and spent it on Parrots!  See The Independent (London), Sep 3, 2003.

R v S – He appeared for the Defendant in a sex tourism case with over 90 counts on the indictment.  The case involved an interesting point as to proof of age by photos alone in rape counts, this point is currently being taken on appeal.

David Lyons is approved to accept instructions direct from international and UK clients on a direct access basis, without the need for a solicitor intermediary in appropriate cases.