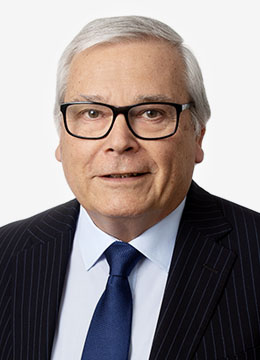 Brian Reece appears in Crown Courts across the country, prosecuting and defending in serious cases involving principally, but not exclusively, violence, sexual misconduct, and drug supply.

R v G – Leading for defence in one of a series of trials involving use of shotguns and machetes by rival drug gangs in Bedford. JG was the only defendant acquitted on judge’s direction.

R v M – Leading for defence of man accused of operating the computer system used to create, organise and operate the Blue Turtle network (a large-scale business distributing  recreational drugs to customers all over the South-East, including to celebrities and premier league footballers, with drugs sometimes delivered directly into clubs and restaurants)

R v B  –  Secured acquittal for one of two men accused of being property developers involved together in a conspiracy to acquire the £1m estate of a famous actress once described as Britain’s Brigitte Bardot. Application to dismiss charges and submission of no case to answer should not have been opposed by prosecution but were; should have succeeded but did not.

R v C – Successfully argued for severance of a sex case indictment with result that a transgender man was acquitted on allegations of sexual misconduct allegedly committed 15 years apart, one as a teenage girl, one as a man.

R v A –  Represented one of seven bank employees accused of conspiracy to defraud by selling confidential details of high net worth customer accounts to online fraudsters.

R v G – Operation Vaulter : Represented the only one out of 20 defendants who was not convicted in one of HMRC’s largest MTIC prosecutions.

R v S – Secured acquittal for one of two Albanians accused of importing £8m worth of cocaine via the Channel Tunnel in a specially adapted Mercedes ML.

R v A and others –  (The Dale Cregan murder case) : Represented one of Cregan’s associates who was convicted after a five month trial of being party to the murder of DS.

R v G = Leading in murder case where DG killed his wife with a WW1 bayonet from his extensive collection of memorabilia and relied on provocation in the hope of a manslaughter verdict.

R v R – Represented major South London gangster, whose team was infiltrated by undercover police who were able to watch every stage of a series of large scale importations of cannabis from Morocco

R v H  – Leading in Trading Standards ‘Time Share’ fraud in which all defendants were acquitted.

R v D and others – Leading in prosecution of four defendants for conspiracy to murder and one of them for attempted murder, in a case where RH was paid to kill a member of D’s family so that D could inherit his mother’s house.

R v P – attempting to prosecute for historic sex offences a member of staff at a school for children who were deaf and additionally disadvantaged – proceedings which involved questions being relayed to and from the witnesses via two different sign-language interpreters, but which ultimately became impossible to conclude.

R v A and others – Prosecuted four Asian men who travelled in a three-car convoy to a secluded cricket ground where they were alleged to have test-fired the converted machine gun that was recovered when they were intercepted.

R v A  and others – Leading in series of money laundering trials with a total of 19 defendants, which involved tracing the proceeds of cheques stolen by postmen in London, Canada and USA, and the linked online frauds revealed. All sentence appeals unsuccessful – see R v Olarinoye.

R v P – 16 year old accused of attempted murder by shooting man in dispute over drugs. Between trial and retrial obtained evidence from recorded phone calls which led to plea to s.18 alternative.

R v W – Prosecuting 39-year-old for sex offences committed against his sisters when he was aged 10 – 14 and they were aged between 6 and 12. Successfully resisted appeal against conviction based on steps taken to deal with issues presented by vulnerable witnesses.

R v M and others – Prosecuting organised criminal network responsible for at least 30 high-value house burglaries in two-month spell. Main defendant was just out of prison following sentence for identical course of conduct. Father / father figure was tried in absence and sentenced to 8 years.

R v R  and others – Leading for prosecution in trial involving firearms, including one of only 3 TEC-9 machine guns by then recovered in the UK.

R v S – Leading for prosecution in trial of leader of gang planning to rape two Lithuanian girls before selling them into a life of forced prostitution. Successfully argued for introduction of evidence of previous rape acquittal and previous untried rape allegation, leading to 14½   year sentence.

R v A and others – Leading in case involving trafficking from Romania, forced prostitution, frequent rape of two victims, and the systematic laundering of the cash proceeds of prostitution, leading to 21 year sentence.
R v M – Advised on and then conducted one of the first cases of sex offending abroad, in which a UK national had filmed himself raping small girls, some of whom could not be identified by name but all of whom were clearly much younger than 13. A life sentence was imposed following a guilty plea.

R v G : Leading in case of a violent serial rapist who attacked four different women on the street late at night. Life sentence imposed following conviction on all counts.

R v T  and others – Leading in case in which three men were accused of drugging and raping a 17-year old girl. Part of the incident was filmed on mobile telephones (but not the part where the victim was penetrated with the handle of a sledgehammer)

R v E  and others – In which two girls in their late teens took revenge on another by dragging her into a park where she was stripped and filmed being forced to give oral sex to a series of strangers, before being taken back to a house and raped.

R v G : Junior in case where G ultimately pleaded guilty to twice attempting to murder his wife and baby son by setting fire to their house at night; having failed in his first attempt he tried again using a staged road accident in order to set fire to the car they were to have been trapped in.

Mr Reece is approved to accept instructions direct from international and UK clients on a direct access basis, without the need for a solicitor intermediary in appropriate cases.