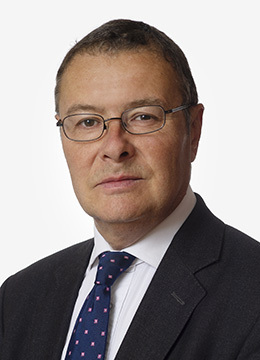 Andrew Newton is a highly experienced defence counsel who has acted as leading counsel in cases involving conspiracy to murder, multi count armed robbery and possession of firearms with intent to endanger life.

He has been instructed as junior counsel to Queen’s Counsel in murder cases, conspiracy to murder and other cases such as people trafficking and conspiracy to control prostitution.

In addition he has conducted attempted murder trials acting alone for the defence as well as a wide range of serious trials including multi count violent disorder , conspiracy to commit blackmail and kidnap, large scale importation of class A and class B drugs , causing death by dangerous driving , large scale benefit fraud , conspiracy to burgle and handle stolen goods and numerous cases involving grievous bodily harm with intent.

R v M at CCC – Alleged harassment of his sister and 16 year old nephew. A series of threats to kill were apparently reported on his cell phone from prison. He was recalled from a life licence for a Glasgow gang land drugs shooting murder for which he got life in 1989 with a minimum recommendation  of  25 years. He served 29 and a half years. He was then accused of embarking on a sustained campaign of intimidation against his sister and 16 year old  nephew over attempts to get him recalled to prison to serve his life licence. His previous conviction for murder was admitted before the Jury. He was acquitted unanimously by the jury in 1 hour and 15 minutes.

R v G – Junior counsel to Queens’s counsel in a murder trial resulting in an acquittal on count of murder with a conviction for manslaughter on basis of loss of control.

Andrew Newton is approved to accept instructions direct from international and UK clients on a direct access basis, without the need for a solicitor intermediary in appropriate cases.