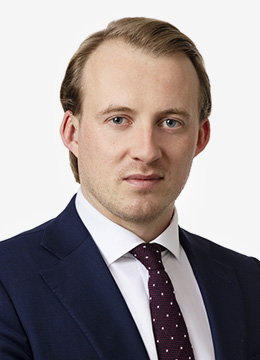 Sean has been praised by the Court of Appeal for his “sterling and commendable work”, and for handling clients with “care and the highest standards”.

He has been described by solicitors as “our first-choice counsel for some time now” and has been praised for his “exceptional skill and diligence on each and every occasion”.

Before joining chambers, Sean was with the Foreign Office, negotiating on behalf of the United Kingdom in the Council of the European Union. Based in Brussels for five years, he also worked as a Political Advisor in the European Parliament and within the Cabinet of a European Commissioner.

Sean worked within the Prosecution team at the International Criminal Court during the Lubanga trial, the first successful ICC prosecution, as well as with the EU’s Fundamental Rights Agency, and human rights organisations based in Cambodia and the Occupied Palestinian Territories.

Sean prosecutes on behalf of the CPS (grade 2) and local authorities.

R v M and Others –2022 (Leicester Crown Court) – Operation Gearbox. Secured a unanimous acquittal after a nine-week trial, led by Peter Guest. Conspiracy involving the acquisition of stolen car parts for international exportation on an industrial scale – the value of which stretched into many millions of pounds. Case involving over 1000 pages of witness statements and circa 300,000 pages of evidence.

R v R and Others –2022 (Southampton Crown Court) – GBH trial of four defendants, after the complainant was hospitalised with a dislocated shoulder and multiple cuts and bruises. The GBH count was thrown out at halftime, and a Not Guilty verdict returned on the alternative ABH count. R ran ‘defence of another’ and was the only defendant to be acquitted of all charges following trial.

R v K – 2022 (Sheffield Crown Court) – The Crown offered no evidence to a charge of producing of cannabis two weeks before trial following representations to the CPS and the production of additional evidence undermining of the prosecution case.

R v M – 2022 (Maidstone Crown Court) – Successfully argued in a Newton hearing that the 70 cannabis plants seized from three grow-rooms in the defendant’s property were all cultivated for personal use. Case involving expert evidence on the gender and viability of the plants.

R v C – 2022 (Isleworth Crown Court) – Secured a suspended sentence for domestic burglary and aggravated vehicle taking, despite the defendant having absconded on the day of his trial in 2016 and having been on the run for 6 years. The prosecution argued that the starting point for the judge, before the failure to surrender was taken into account, was one of 3 years.

R v A and Others – 2021 (Gloucester Crown Court) – Conspiracy to supply heroin and cocaine across the west of England and Midlands, to the value of over half a million pounds. The case involved extensive cell-site data and mobile phone evidence.

R v M and Others – 2021 (St Albans Crown Court) – Operation Topaz. Led junior in a class A drugs conspiracy involving the large-scale supply of Cocaine throughout England. The case involved analysis of data from encrypted mobile phones, and drug supply valued at many millions of pounds.

R v AL and Others – 2020 (Canterbury Crown Court) – Facilitating illegal immigration case in which earlier guilty pleas were vacated following legal argument, and Not Guilty verdicts were entered in their place. This case followed shortly after the leading case of R v Kakaei [2021] EWCA Crim 503, in which it was held that an asylum seeker who merely attempts to arrive at the frontiers of the United Kingdom in order to make a claim is not entering or attempting to enter the country unlawfully.

R v Hashem Abedi – 2020 (Central Criminal Court) – Held a noting brief in the trial of Hashem Abedi, convicted of 22 counts of murder, attempted murder, and conspiring to cause explosions for his role in the bombing of the Manchester Arena during an Ariana Grande concert in 2017.

R v T & Others – 2022 (Luton Crown Court) – Secured the conviction of all three defendants in a street robbery involving threats to stab.