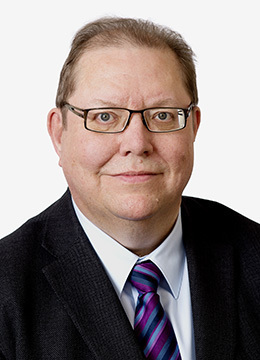 Richard was called in 1991 having previously spent 10 years practising as a solicitor specialising in crime. He now has a mixed criminal practice predominantly, but not exclusively, in East Anglia where he both defends and prosecutes criminal cases up to the most serious level.

He has been instructed numerous times as a leading junior for both defence and prosecution and has acted in a wide range of cases.

He is on the CPS Advocate Panel at level 4 for both London and the South Eastern Circuit generally and is an accredited rape prosecutor.

Richard deals with general crime in both civilian and military courts; as a leading junior he has prosecuted multi-defendant murder and other serious and complex cases of sexual allegations, violence, drugs and dishonesty and defended in similar cases. Richard has also defended in murder trials (including multi-defendant) as junior alone.

Richard Potts is approved to accept instructions direct from international and UK clients on a direct access basis, without the need for a solicitor intermediary in appropriate cases.