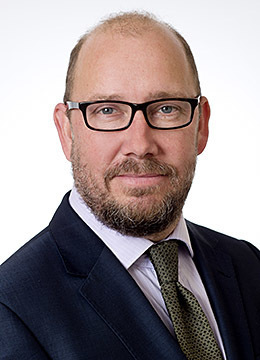 Matthew is a hugely experienced criminal practitioner with a particular specialism defending in high-profile cases of serious and organised crime. He has excellent client care skills and an engaging, articulate and persuasive manner in court. He has achieved some remarkable results for his clients. He is adept at dealing with large volumes of materials and at dealing with complex computer evidence.

He is primarily a defence practitioner as leading and led Junior but also prosecutes for the CPS and privately for local authorities.

He worked for a City financial publisher prior to coming to the Bar.

Matthew has conducted a broad spectrum of confiscation cases including privately representing third party interests in respect of jointly-held assets.

Greater Manchester Police v JL (2022) – Civil Forfeiture Case pursuant to POCA 2002 Section 298. Greater Manchester Police sought to confiscate over £200,000 in cash from two safety deposit boxes linked to the defendant, a 63-year-old gentleman from the travelling community. The contents represented the life savings of the defendant who was of good character and had worked all his life. Legal submissions centred on extensive case law around the applicant’s duty to identify the particular criminal conduct representing the source of the funds and cross-cultural human rights. After a four-year battle, the case was won and the defendant’s savings were returned to him.

A broad spectrum of cases of the utmost seriousness, including the following:

R v AZ Operation Skawa (2022) – Leading Greg Unwin secured a suspended sentence for defendant following 4-month trial in multi-handed Human Trafficking and Controlling Prostitution case. The prosecution alleged a significant organised crime operation in which vulnerable victims largely from Eastern Europe were trafficked both to outcalls and to work in brothels in Central and West London over a 6-year period. Despite being placed 2nd on the Indictment by the Crown and the fact that the other 4 defendants received sentences of immediate imprisonment of up to 8 years, counsel were able to limit the defendant’s role, advance powerful mitigation and ultimately argue in favour of the Judge taking an exceptional course, namely passing a suspended sentence.

R v AS (2022) – Historic sexual offences. Defence of a man charged with inveigling his way into the home of two young brothers and systematically sexually abusing them over a 4-year period in the 1990s. Defendant acquitted of all charges following trial.

Operation Kanji (2021) – Represented the only defendant to be found not guilty after Human Trafficking trial in Operation Kanji,  a multi-handed conspiracy to smuggle Albanian migrants into the UK in the back of Turkish-registered lorries. His client was acquitted after a successful submission of no case to answer. The case involved an undercover surveillance operation by officers of the National Crime Agency and tens of thousands of pages of telephone, cellsite, ANPR and surveillance evidence.

R v PS (2021) – Defendant Acquitted of all Charges at Court Martial for Serious Historic Child Sex Offences. The defendant was a serving soldier in Germany in the late 1970s. The allegations centred around the 10-year-old son of a fellow serviceman. There was significant legal argument as to Abuse of Process given the age of offences, jurisdiction to try offences of a “civil” nature within the Court Martial and the composition of a civilian Board given the impending changes within the Armed Forces Bill 2021. Defendant acquitted of all charges following trial.

R v DB (Central Criminal Court 2020) – Argued successfully in favour of an exceptional sentence, namely a suspended sentence for his client Destiny Bannerman, who assisted Tyler Gopaul flee the UK to Northern Cyprus following the murder of Zakaria Ali outside the Rolling Stock Nightclub in Hackney.

Operation Shine (2019-2020) – Defended (led junior) in multi-handed high-profile case attracting national media coverage involving the Bulmers art theft and subsequent alleged fraud of the insurance company. The case involved a no-holds barred attack on the competence and integrity of the Avon and Somerset Police. Following half-time submissions the defendant was acquitted of all charges and the defence successfully resisted a prosecution appeal.

R v W (2018) – Defence of man charged with historic serious sexual offences of his step-daughter from the age of 7 to 14.

R v B (2017) – Defence of man charged with death by dangerous driving in a tragic accident that caused the death of his sister. Defendant who pleaded guilty to death by careless whilst unfit was initially given a suspended sentence, which was then subject to an Attorney General’s Reference (see below). Case involved complex legal argument arising from the fact that the defendant had tested below the legal argument for cocaine itself, but above the legal limit for benzoylecgonine, the metabolite of cocaine, which the defence expert concluded was an inactive metabolite having no bearing on impairment.

Operation Dove (2017) – Defence of the alleged “logistics man” in multi-handed conspiracy to import 1.3 tonnes of cannabis resin secreted in consignments of glass panels from Spain to Harwich. Defendant was the only defendant to be acquitted following trial.

R v K (2016) – Defence of church youth worker charged with serious sexual offences including assault by penetration over a number of years of a child (11-15 years old in the indictment period). Defendant acquitted of all counts.

Operation Quartz (2016) – Defence of one of 11 defendants in London-based gang conspiracy to run Class A drugs to Lincolnshire. Case resolved by way of limited basis of plea to playing a lesser role within a very strictly limited time frame.

R v Winston Allen (2015) – Defence of former international heavyweight boxer and Number 1 contender charged with GBH of two males arising from a dispute in a bank. Defendant acquitted on all counts at trial.

Operation Sheraton (2014) – Represented 1st defendant of 6 in infamous Suffolk “Bonnie & Clyde” case (101 burglaries in 6 counties in 3 months) which drew national media coverage following the release of Youtube footage of police vehicles (one a motorcycle) being rammed by a getaway vehicle on two separate occasions.

Operation Furze (2013) – Led junior for the defence in 11 count conspiracy to rob cash-in-transit custodians over a 4 year period. The case involved counter-allegations of planting of evidence by the Flying Squad and complex and cutting-edge legal argument to do with the admissibility of partial profile DNA evidence. Convicted of 5 of the 11 original counts and sentence successfully appealed and reduced on appeal from 15 to 13 and a half years

R v B (2012) – Attempted murder (junior alone) in which defendant was accused of trying to throw his partner off a bridge. Case resolved by way of pleas to false imprisonment and threats to kill.

A broad range of cases including:

R v DG and Others (2019) Successful prosecution for the CPS Serious Casework Unit of aggravated burglary involving elderly single widow in remote farmhouse attacked in her own home, tied up with hoover flex, beaten up and threatened with firearms.

Operation Defender (2017-2019) Successful prosecutions of various defendants in connection with the wholesale supply of cocaine perpetrated by an Organised Crime Group in Essex.

R v V and J (2015) Successful prosecution of both defendants in aggravated burglary with a sawn-off shotgun.

Operation Shine (2019-2020) – Defended (led junior) in multi-handed high-profile case attracting national media coverage involving the Bulmers art theft and subsequent alleged fraud of the insurance company. The case involved a no-holds barred attack on the competence and integrity of the Avon and Somerset Police. Following half-time submissions the defendant was acquitted of all charges and the defence successfully resisted a prosecution appeal.

R v K and Others (2014) – Successfully defended fifth defendant (of 9) in sophisticated and far-reaching international money-laundering trial over 5 months involving £tens of millions in an operation spanning the UK, Iran and the UAE (led junior)

Regularly instructed to appear at the Military Courts (Colchester and now Catterick) and have conducted a wide range of Courts Martial cases, including most recently:

The defendant was a serving soldier in Germany in the late 1970s. The allegations centred around the 10-year-old son of a fellow serviceman. There was significant legal argument as to Abuse of Process given the age of offences, jurisdiction to try offences of a “civil” nature within the Court Martial and the composition of a civilian Board given the impending changes within the Armed Forces Bill 2021. Defendant acquitted of all charges following trial.

Prosecution (for inter alia LB Wandsworth and LB Lambeth) and defence of large number of trading standards cases involving counterfeit goods. Have also significant experience of other areas of local authority prosecutions including Health and Safety and Landlord cases and multi-handed benefit fraud, and licensing cases.

AGs Ref 2018 R v John Bond [2017] EWCA Crim 2329 – Whilst Court of Appeal felt compelled to reverse the suspension of a 2 year term of imprisonment for an offence of causing death by careless driving whilst unfit (see above) and replace it with a term of immediate custody, the court did not increase the tariff of 2 years.

AG’s Ref No 40 of 2011, R v Lee Williams, [2011] EWCA Crim 2126 – Case in which the defendant’s suspended sentence for his part in the importation of nearly 1kg of cocaine, before Ms Recorder Cherie Booth QC, was increased to three and a half years following an Attorney General’s Reference. LJ Pitchford commented: ‘I don’t know what spell you were casting in the Isleworth Crown Court, Mr Morgan, but this was a remarkable sentence, was it not?’

Buckley & Anor v Director of Public Prosecutions [2008] EWHC 136 (Admin) (14thJanuary 2008) – Held that sequential events on one day could be broken down into different “episodes” for the purpose of finding conduct on more than one occasion sufficient to justify a conviction for harassment contrary to sections 2(1) and (2) of the Protection from Harassment Act 1997.