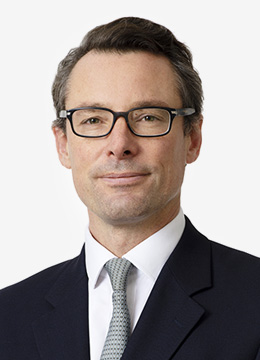 A highly sought-after advocate recognised for his creative approach, unwavering commitment, and forensic insight in large and complex fraud cases, Henry specialises in representing professionals and companies in regulatory and criminal proceedings

Cases in which he is instructed typically involve the multi-jurisdictional and complex issues that arise in such investigations. He is experienced in the management of the evolving legal disputes and complex evidential issues that characterise such cases whether defending or privately prosecuting.

“Henry Hughes is an experienced junior who focuses his practice on financial crime and commercial fraud cases, as well as handling confiscation matters. He is recognised for his expertise in private prosecutions.”

“Henry is all over the detail of the cases and he is very quick and super bright.”

“Henry is really clever. He is always available to clients and is very charming. He is a safe pair of hands when it comes to high-profile work.”

“He’s very impressive; he is unflappable and a great calming presence to have when you’re in the middle of a fight on a big prosecution case” 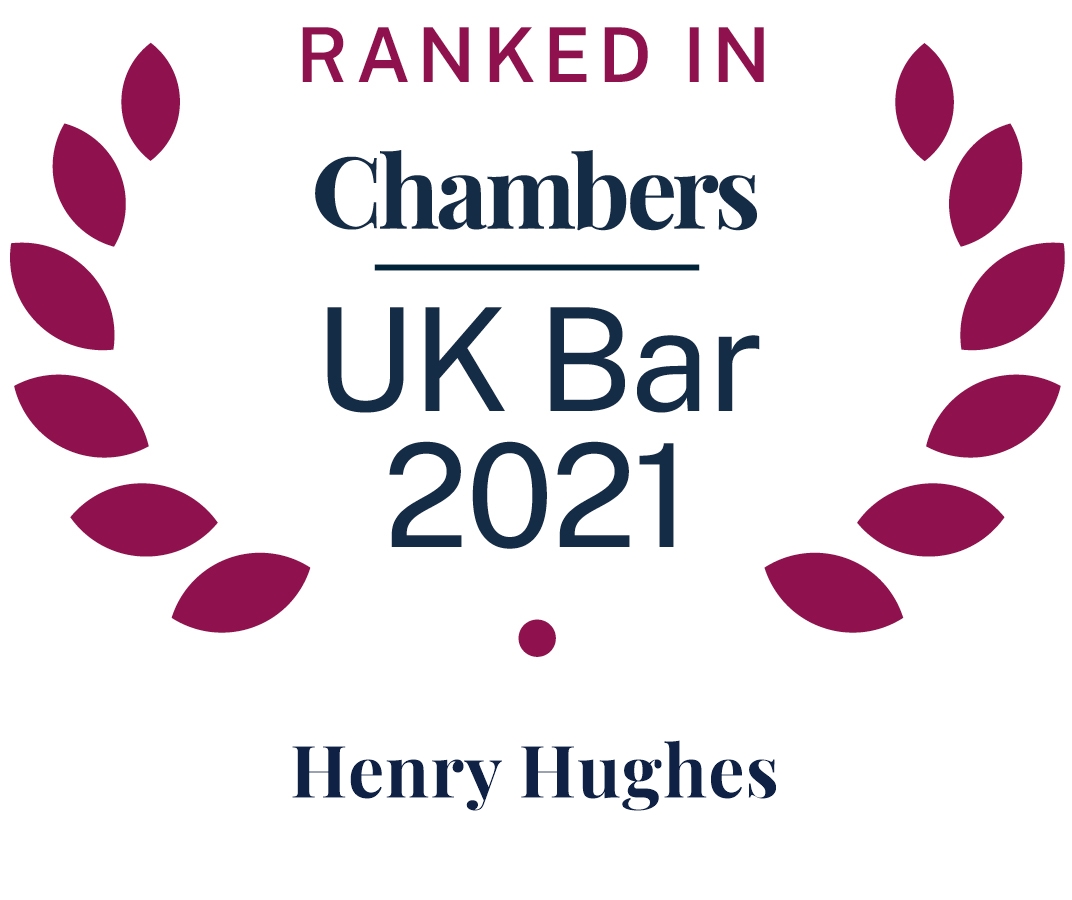 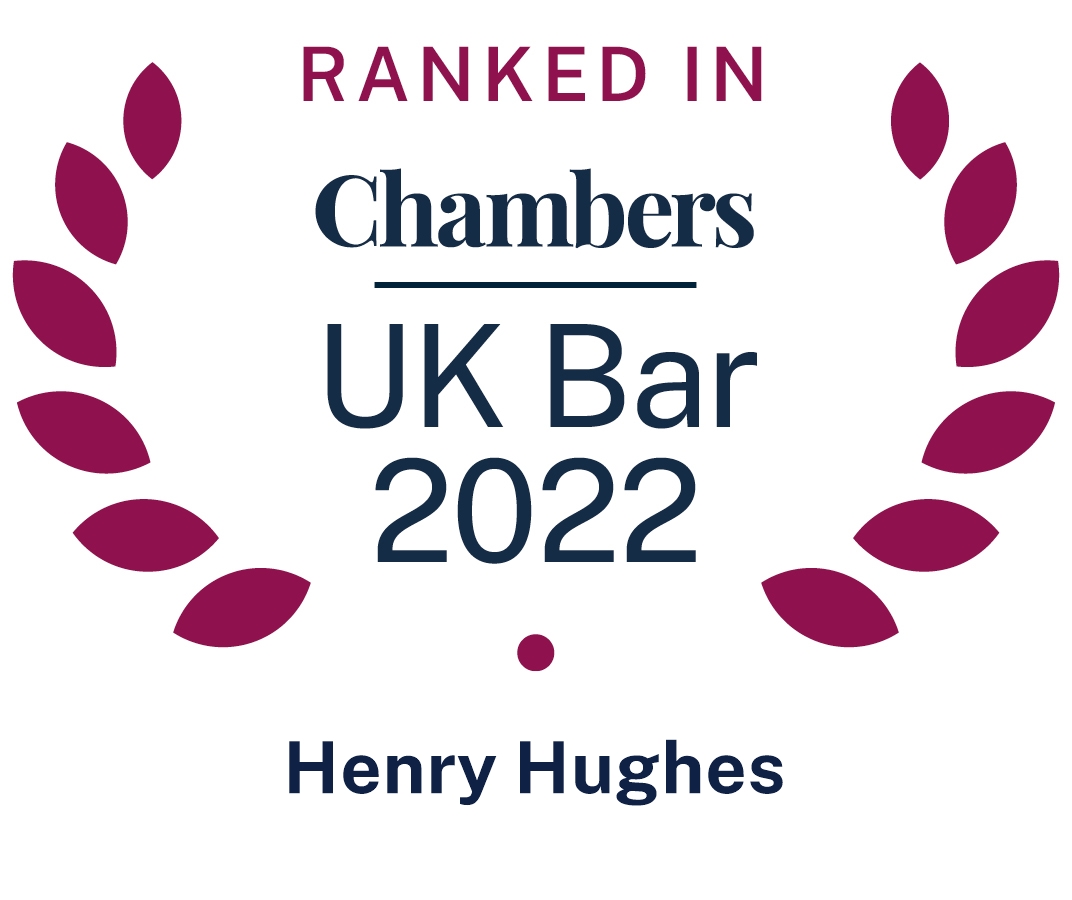 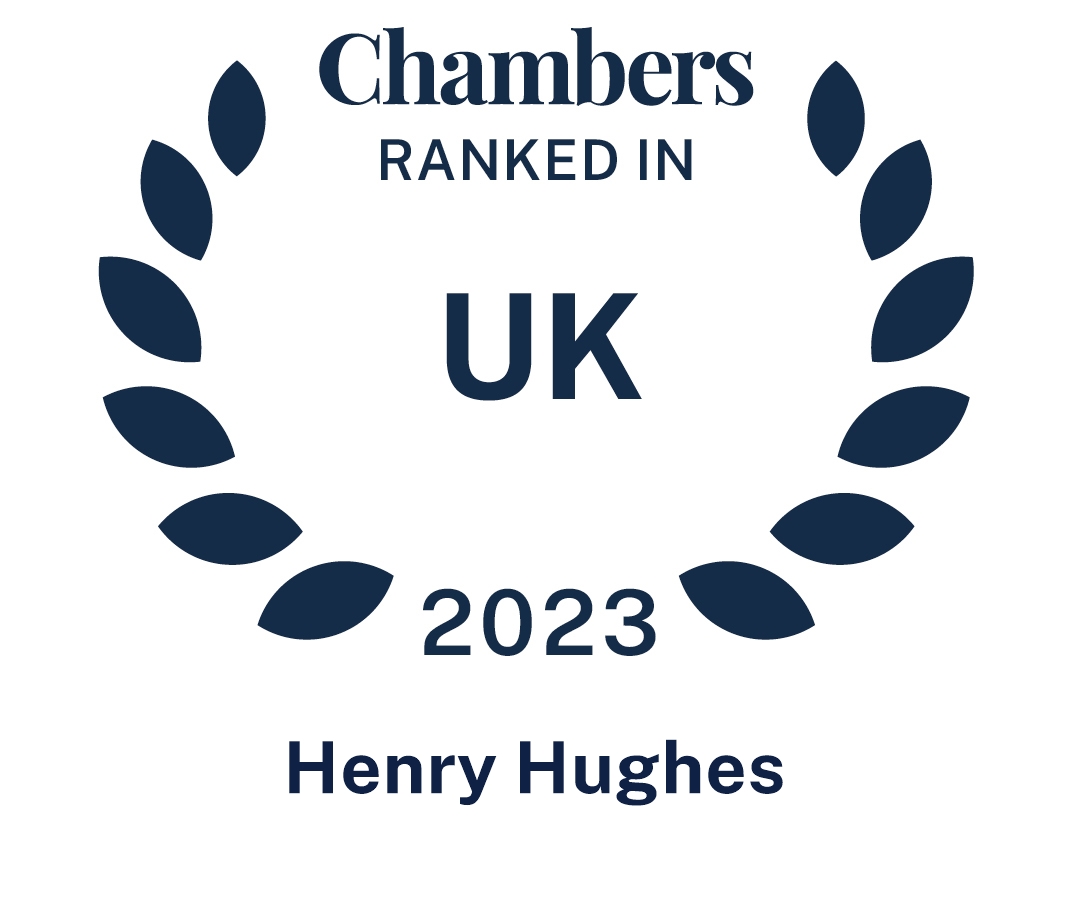 Henry Hughes is a specialist criminal practitioner with a wealth of experience in the field of corporate and financial crime.

His focus is primarily on the defence of professionals facing serious criminal offences arising in connection with their work and charged in criminal and disciplinary proceedings.

He is involved in cases from pre-charge and experienced in identifying at the earliest stages issues which will prove determinative to the final resolution. His practice involves every element of criminal litigation, from Trial to Judicial Review, Appeal and Asset Recovery.

Over the past years Henry has appeared in cases involving allegations of Murder, Manslaughter and Large Conspiracies to supply narcotics. He is experienced in all issues that arise in such cases and in defending in long and complex trials.

Such cases habitually involve a range of matters pertaining to asset forfeiture, including asset freezing/seizure/restraint and confiscation. Henry is experienced in identifying, at a preliminary stage, the key issues which preserve and protect the assets through to the conclusion of proceedings.

Operation Inertia – The largest VAT MTIC (Missing Trader Intra-Community) fraud recorded to date with a value of between £600 million to £1 billion pounds. A complex and long running fraud investigation spanning many jurisdictions and involving hundreds of thousands of pages of evidence which resulted in a five month contested trial. Led by Owen Davies QC.

M – instructed to represent a professional facing restrictions that would have prohibited any future career. Following a contested hearing the penalty was avoided.

R v J and J – Instructed to contest ownership of high value assets in the High Court on behalf of a third party. Henry successfully secured the Third Party’s interests and discharged the order against the assets.

R v J – An accusation of sizeable fraud within one of the country’s largest religious organisations. Henry was instructed alone and the defendant was acquitted following lengthy cross-examination on the character and integrity of those within the organisation who had made the allegations.

R v G – Complex allegations of financial mismanagement of a company made by respective parties within the organisation against each other. The case involved multiple contested disclosure applications over 6 months which finally resulted in the prosecution being forced to disclose material leading to the Crown being obliged to withdraw significant elements of the allegations.

R v G – Instructed on behalf of a professional in proceedings brought by the Department of Business Enterprise and Regulatory Reform. Instituted Judicial Review proceedings to challenge the refusal of the initial court to state a case to the High Court. The proceedings arose from an earlier finding under the Insolvency Act, which would have prevented any further commercial activity by G. As a result of the application the conviction was subsequently quashed by the High Court. Led by Andrew Trollope QC.

R v G and others – A case involving a man with a long and exemplary professional history whose company had been drawn into a complex Conspiracy to Defraud through exceptional circumstances. Despite the high value and sophisticated nature of the fraud an agreement was reached, and a custodial sentence avoided.

R v C – A long running contested Confiscation Hearing involving the assets of an individual previously convicted of financial offences. The client had multiple companies in many jurisdictions around the world and his business related to sophisticated inter-jurisdictional trading. The dispute involved complex issues relating to the legitimacy of all the defendant’s business transactions over a lengthy period.

R v R – A case in which the authorities obtained a Restraint Order over the assets of a private individual whilst conducting protracted investigations into his affairs. Despite their opposition, the continuation of the Restraint Order was refused and the assets released.

Henry also specialises in bringing private prosecutions on behalf of the victims of fraud. Cases brought involve sophisticated and long running frauds, typically concealed by the perpetrators for lengthy periods and leading to contested trials, involving a multiplicity of complex and evolving issues. Cases include the successful prosecution of cases involving;

R v L – Private Prosecution of a company accountant for a fraud against a group of companies. The crime had been committed and concealed over a decade. The defendant was convicted.

R v K – Private Prosecution of a professional confidence fraud committed against a financial professional involving a multiplicity of intra-jurisdictional issues. The defendants were convicted and Confiscation Orders Made.

R v A –Private Prosecution of a number of senior employees of a UK subsidiary of a large multi-national. The case involved a long contested trial and a multiplicity of evidential and legal issues. The defendants were convicted and Confiscation Orders Made.

R v B –Instructed as leading counsel in an allegation of a large scale commercial conspiracy to steal and export goods. Following disclosure requests the crown offered no evidence in the week prior to trial.

R v A  and R v AA – Instructed as led junior in two cases of Manslaughter and Murder at the Central Criminal Court.

R v X – Instructed in a case where a party had allegedly confessed to ownership of an illegal firearm. The confession was admitted in evidence but the client acquitted.

R v H – Instructed alone in a case alleging the establishment and running of a network of drug production factories and involvement in/running the organisation for the dissemination and sale of drugs.

R v D – Representing an individual accused of involvement in the importation/dissemination of a large quantity of cocaine at near 100% purity.

R v R – Two long-running trials, with many defendants accused of large scale public disorder. At the conclusion of the matter the client, alone, secured an acquittal.