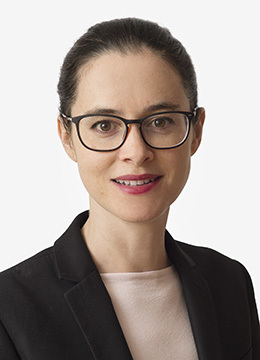 Daisy joined chambers in 2015 after completing her pupillage and has since appeared regularly in the Crown Court, magistrates’ and youth courts.

A tenacious, engaging and likeable advocate, Daisy has defended and prosecuted in a wide range of cases covering sexual assault, violent crime, drugs, burglary, robbery, public order and road traffic matters. She has been led junior counsel in a civil tax appeal and in a multi-handed drugs conspiracy matter at Harrow Crown Court.

In addition to her criminal practice, Daisy has assisted with three cases for HMRC, assisting with the preparation of cases and appearing as junior counsel being led in the first-tier Tax Tribunal, in HMRC v ATML

Daisy is currently instructed as junior counsel in a major public inquiry.

Before being called to the bar, Daisy worked at the BBC as a producer and script editor in television drama.

Daisy has defended in POCA hearings and has written an advice in the matter of R v DT concerning the recoverability of £500,000.

R v M and ors – Led by Brian Reece. Defendant accused of participating in a conspiracy to supply drugs with a street value over £100,000.

R v S – A long-term, repeat offender given an ATR after pleading guilty to a burglary.

R v B – Suspended sentence in an ABH matter involving an elderly complainant where the client at the relevant time was having a hypoglycaemic episode.

R v C – Successful submission of no case to answer in a high-value criminal damage matter.

R v D – Allegation of theft made against a youth. Charge was dismissed following successful s78 argument in respect of ID evidence obtained in breach of PACE.

Daisy was instructed by the SFO as disclosure counsel on the Euribor benchmark rigging case (R v Bittar and ors), which resulted in four convictions.

Daisy has worked on three civil VAT fraud cases for HMRC, assisting with marshalling the evidence and drafting statements of case, opening notes and schedules. She appeared as led junior counsel in the First Tier Tribunal in HMRC v ATML.

Daisy is currently working on the Inquiry into Undercover Policing.