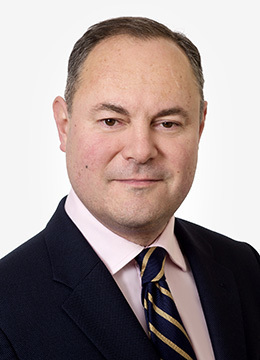 Christopher has over 30 years of experience of appearing in the criminal courts at all levels. He has acted as leading counsel, for both the defence and the prosecution, in numerous serious criminal trials, and has extensive experience of appellate advocacy. He is qualified for direct access.

He also has over 10 years experience of revenue litigation in the Tax Tribunal and the Court of Appeal, and has appeared as leading counsel in numerous multimillion pound tax appeals.

Serious fraud in both the criminal and the civil courts.

Regulatory law, in particular health and safety and trading standards.

Christopher is a Grade 4 prosecutor for the CPS, and specialist rape prosecutor.

R v Hammond [2022]. A series of serious sexual offences against vulnerable women in the Norwich area.

R v Wright [2020]. Described by the trial judge as one of the worst cases of child abuse ever to come before the criminal courts in England and Wales.

R v Ghadiri [2016] Conspiracy to defraud the Revenue and the Charities Commission.

A Conspiracy of Serpents [Austin Macauley, 2022].

Christopher Kerr is approved to accept instructions direct from international and UK clients on a direct access basis, without the need for a solicitor intermediary in appropriate cases.