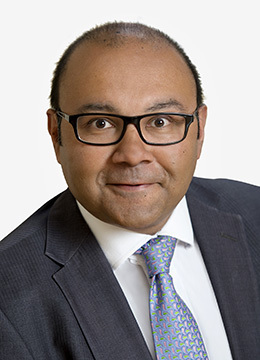 Avirup Chaudhuri is a long standing member of chambers with extensive experience of conducting cases involving serious crime, sometimes instructed by the prosecution but mainly for the defence.

He also receives instructions from the Crown Prosecution Service. Notably he prosecuted, at first instance and on appeal to the Queen’s Bench Division, cases arising from a demonstration against an army parade in Luton which led to the formation of the English Defence League.

R v S and others (Maidstone) – conspiracy to smuggle large quantities of cocaine from South America. Co-defendant gave evidence for the Crown pursuant to an agreement under the Serious Crime Act. Acquitted.

R v A and others (CCC) – represented alleged “inside man” in armed robbery. Acquitted.

R v Rooney and others (Nottingham) – widely publicised modern slavery case in which the defendants were members of a large travelling family. Acquitted.

R v L (St Albans) – unusual and widely publicised case in which the defendant had self published a book about a family dispute and had it distributed. Charged under Malicious Communications Act. Acquitted after half time submission

R v G and another (Luton) – possession of firearm, ammunition and Class A drugs with intent to supply