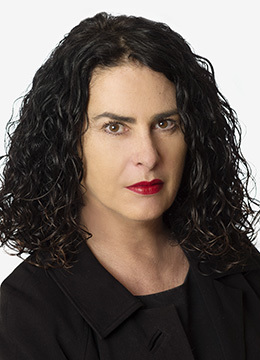 Anna Hamilton-Shield is a senior and experienced practitioner who has chosen to specialise in defence cases at the criminal bar.

She has also undertaken an LLM in employment law and represents complainants in cases of unfair dismissal, sexual, racial and disability discrimination.

Anna always has a comprehensive and meticulous knowledge of any case in which she is instructed.

She is known for her fierce and combative advocacy skills.

She has a natural flair for gaining the trust of the jury to the advantage of her clients.

Every possible argument will be advanced in defence of her clients. She is describe as a vicious and fearless advocate

When appearing in the Employment Tribunal her robust advocacy secures confidence in her clients that regularly results in positive outcomes.

Anna has taken a decision to only act on behalf of defendants in criminal trials and complainants in the Employment Tribunals.

R v Ladisliv Godla – Anna represented the defendant in a case of child cruelty. The case centred on a cut throat defence between Mr Godla and his partner, who both blamed each other for the injuries to their child. The co-defendant was convicted and Mr Godla was acquitted

R v Justin Newman – In this case the defendant was accused of deceiving his friends into investing in non- existent investment schemes. The defence sought an indication of a non-custodial outcome and the defendant retained his liberty

R v Price (operation Shine) – Instructed as leading counsel in a high profile case that attracted national media coverage. A half time submission was made in relation to conspiracy to defraud which was successful

R v Alesbrook – This case involved a dentist who was accused of sexually assaulting a dental nurse who worked with him. He was acquitted

R v Sultan – This case involved domestic violence. The complainant gave evidence and thereafter an application of ‘no case to answer’ was made. Not guilty verdicts were entered

R v Johnson – A case involving possession of firearms. A week of legal argument resulted in a not guilty verdict

R v Kelsie Barnes – Defendant was involved in an allegation of serious violent s.18 offence. After negotiation the defendant gave evidence and avoided a sentence of imprisonment

R v Cannon – A case of conspiracy to steal. This is an on-going case

R v McGinley – An alleged case of modern day slavery, involving the travelling community. This case will be on-going for three months